Management – The Realities No One Explained

Everyone in management has to deal with these realities in order to be successful.

Unfortunately, they are not always explained ahead of time.

Typical Situation: a new manager is 6 months into the job – and he’s struggling.

He’s been with the business for some time. He was a top performer and they promoted him. He knew it would be a challenge; just thought it would take some time.  But the piles on his desk are growing and performance is lagging – both his own and his team’s.  He’s lost hope of catching up with his own work.  Every day he fights fires – and frankly, he’s not sure what to do about it.  The company had offered training.  Maybe he should take it.  But he doesn’t want to look incompetent. They said he was qualified.

He thinks: “What’s wrong with me? I was good at this!” 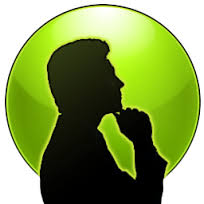 Common Background Story: as a technician, he had operated and maintained a specialized piece of equipment in a manufacturing environment. His thoughtful, task-focused orientation, combined with strong attention to detail, made him an expert in his position. This was complemented by a methodical approach and an accommodating style (he was always ready to take on the projects passed on to him).

The plant grew and one day his expertise was “honoured” with an offer of promotion. Buying into the idea that this was the path to success and motivated by the increase in salary, he accepted.

The following week he arrived on the job to congratulations. He caught himself heading to his spot on the line.  A fleeting moment of disappointment passed over him as he turned to his new office in the corner.  A few weeks into his new position, it began to dawn on him: he was no longer there to operate and service machines.

Reality #1: to be a good Manager, you have to stop doing the you once were good at – and help others do it.

He had to let it go.  And he tried.  But he was used to simply accepting new projects and following his process.  Now he had to hold others accountable and make sure they met the deadlines.  Not only did he have to trade in his natural task focus for more communication, he had to trust others to take care of the detail – the part he had found most satisfying.

The most natural – but most mistaken – notion about top performers is that because they’re good at their current role, they will automatically be good at managing others. That’s ONLY true in the sense that this person is familiar with the typical tasks.  It completely overlooks the fact that effective managing requires a different set of personality traits.  Therefore, good experience – even to a strong level of expertise – does not automatically qualify someone to manage.

A new awareness began to take shape in his mind.  With his new responsibilities there was a new set of behaviours required – which meant he would have to change!

Reality #2: to be a good Manager, you need to be something different than you were on the front line!

The game had changed! This was no longer about specialization and expertise. It was about providing direction and solving problems. It was about taking time to listen and respond.

Fortunately, he wasn’t far off the mark in a couple of areas. He had always been one to keep the process moving along.  That natural drive would help in moving from one station (or situation) to another.  And he had an inclination to make his own decisions – providing a little more confidence to help others make theirs.  Still, he was naturally more introverted.  Being left to himself on the line had been just fine.  And he prided himself in the both the knowledge he’d gathered and the way he used it to work with precision.

So he had two major challenges in his management role: 1. listening and responding to operator’s questions, and 2. resisting the urge to manage every step of the process – or just jump in and take over the more complex projects. This would require a great deal of effort for 2 simple reasons: a) he preferred to spend more time in his office – with the door closed; and b) he was rarely satisfied with either how the work got done or how well.

This reality cut the deepest.

Reality #3: to be a good Manager, you are obligated to manage your own strengths – and weaknesses.

Here was the full picture: as much as he wanted to, he couldn’t do the work himself; he now had to push that aside every day and intentionally focus his attention on ways to communicate, train and delegate the work he once loved to others.  This was going to be more of a challenge than he thought.  But at least he was now aware of why he was struggling and knew how he had to manage both himself and others.

This story doesn’t have a typical happy ending.  But it represents the reality of so many managers in positions today – who unfortunately, may have little idea why they’re frustrated in their management role.  The positive note in this tale, is that it’s possible to identify the natural characteristics required in any position – including management – and compare one’s own characteristics against those requirements.  With those differences in mind, clear realities appear which now can be addressed.

Have your managers come to terms with these realities? Are they aware of them?  Do they have the tools to understand how they might be struggling – and why?

Share this
Back to all Blog Posts Previous Next
Categories
Archives