Discover the advantages of exploring personality traits & behavioral traits within your organization.

There are two key dimensions of an individual’s personality that are most responsible for how they will perform at work – “traits” and “behaviors.” Personality traits are “persisting” characteristics that are consistently demonstrated in spite of changing circumstances or environment. Because they define habitual patterns of behavior, thought and emotion, they provide a foundation for predicting behavior. Behaviors, on the other hand, are about the way we conduct ourselves – What we say and do, and How we say and do it. Personality traits don’t change over time but we can alter behavior traits to a degree.

A good example is, a person may be very methodical by personality trait and yet have an occasional urge to demonstrate impulsive behavior – pausing only slightly to plan that impulsive move. Or, to illustrate the same point in another way: extroversion is a trait, an extrovert sitting quietly in a meeting is a type of behavior.

Another useful distinction when discussing personality is the difference between personality traits and types. Personality types are considered to be behavioral combinations measured independently, whereas traits are measured on scales.  In type theory (e.g. Myers Briggs), one prefers either one type or another, introvert or extrovert. The trouble is people aren’t one or the other. Using this approach would be like describing someone’s height as either short or tall. It’s extremely limiting and depending on a persons point of view, perhaps even confusing.

Trait-based measurements provide a sense of relative strength and “dimension” to one’s personality. Using the above analogy it would be like using a measuring tape to measure height rather than a cutoff point and either or descriptor.

The Advantage of Assessing Personality Traits

Many assessment instruments focus on behaviors – indicating the type of behavior for which a person has a natural predisposition (e.g. DISC instruments). Results are often influenced by current work environment – an accountant should be predisposed to being detail oriented based on the work they’re doing. Few focus on personality traits – getting to the core motivational level that underlies how people think, relate to others, and make decisions, despite the environment. Our Pro.file pre-employment personality test is one of the most comprehensive personality trait measuring instruments available in the marketplace.

When making a business decision on a candidate or employee, organizations need to ensure they’re not only determining if a person has a predisposition to do the job in question, but if the person will truly be motivated and engaged in the activities required to reach the role’s objectives. The biggest gaps in performance happen because most employers find people predisposed to do the work (or they wouldn’t have applied), but not necessarily motivated to do the work. When someone is motivated they don’t need to be told to do the work, they’re doing it because they get excited by it.

Explore how the employee assessment tools in our Pro.file program helps companies define the specific degree of personality traits required to do a job with the Pro.file Organization questionnaire; then measures their behavioral traits with the Pro.file People survey, to uncover whether they’ll be consistently motivated to the degree you need for high performance.

Read Less
Back to all Tool Resources
Thanks for joining! We've just sent you and email with instructions on how to download the guide.
Almost done.... Please check your email to confirm your address and get instant access to our guide. 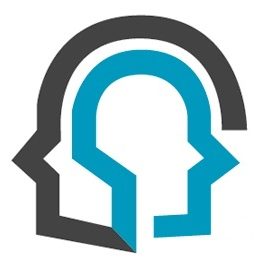 Give Pro.File™ a Try Risk-Free!
CEO

See exactly how personality-based hiring can work for your business with free access to our Pro.file job model creator. Submit your job description below and we'll use it to create a model which highlights the perfect personality types to hire.

Thanks for subscribing!
Thank you! We've just sent you an email with instructions on how to download the guide. We hope you find it valuable.